Is history of colonialism

Mountainous and luminously green, the Virgin Islands are about 100 in number, some governed by the United States and others by Great Britain. The bigger islands appear as soft green slopes rising dramatically out of turquoise seas; others are a bit more rocky outcroppings encircled by sparkling white-sand beaches waiting for Robinson Crusoe to call. The former den of derring-do sea commanders and pirate robbers, today many of the Virgin Islands are attacked by thousands of visitors, arriving by plane and cruise ships, with suntan lotion in hand. 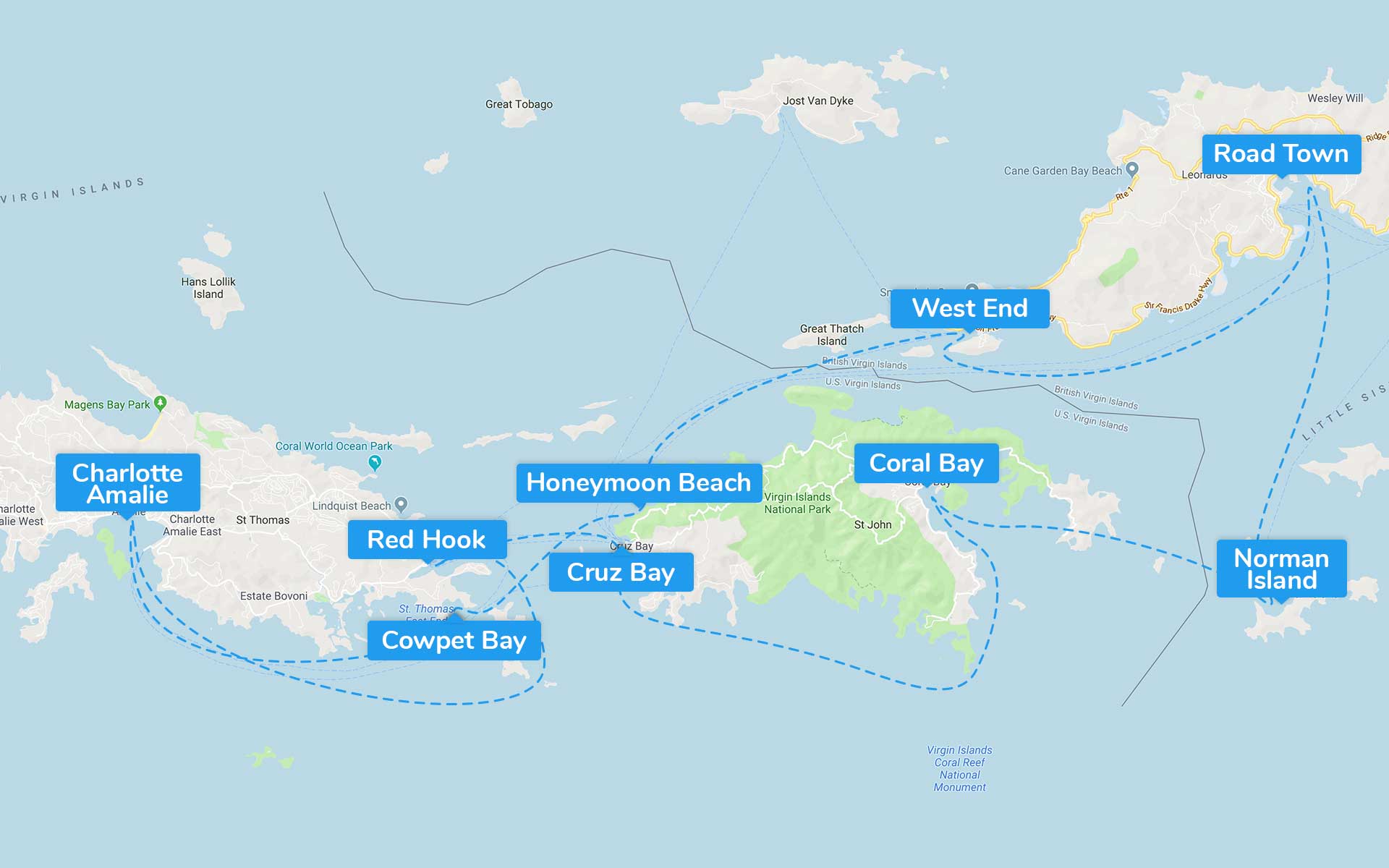 Among all of the British Virgin Islands, Tortola is the greatest and most exciting from a visitor point of view. It maintained to protect its natural splendor and rich cultural legacy. Each city is defined by a unique atmosphere of hospitality and national color. Many tourists are drawn in, first of all, by the magnificent beaches. Tortola attracts lovers of ecotourism from all over the globe. Lovers of charming excursions will definitely not be bored because striking attractions exist in every city.

Charlotte Amalie is the capital and biggest city in the United States Virgin Islands. It has a total population of about 20,000 residents and is positioned on the south coast of the island of Saint Thomas. Aside of being the official capital, it is mainly known for its deep-water harbor, and many cruise ships use Charlotte Amalie as a port of call, with 1,5 to 2 million cruise ship passengers anchoring here annually. Also, Charlotte Amalie is of some cultural importance as well, with many buildings of historical significance and it is also home to the second-oldest synagogue in the Western Hemisphere. Apart from the cruise ships, there are many crossings by ferry to nearby places on Saint Thomas as well as other islands in the USVI and the British Virgin Islands and even Puerto Rico.

Ranked "one of the best beaches in the world" is located just here - on the island of Culebra, Puerto Rico. Flamenco Beach is one of the few beaches in the world repeatedly listed and featured on the "Best World Beaches" lists. You don't need to travel across the globe to see this unique treasure; it's right in the Caribbean, one of the off-coast island treasures of Puerto Rico. If you get to Culebra by plane, you'll instantly know Flamenco Beach is exceptional. From the air, you'll appreciate the purity of the water, the striking beautiful long stretch of bright white sand embraced by green rolling hills forming a complete backdrop to an ideal crescent-shaped beach.

Plan your next journey in Virgin Islands