Microclimates add magical realism to the Bay Area days: when it's drizzling in the outer reaches of San Francisco, it might be sunny in Oakland. A few degrees' difference between the cities of the Bay Area guarantees salted-caramel ice cream in Redwood City or a quick retreat into the tropical warmth inside San Francisco's California Academy of Sciences' rainforest dome. This place will give you goosebumps one minute, and warm you to the heart the next. 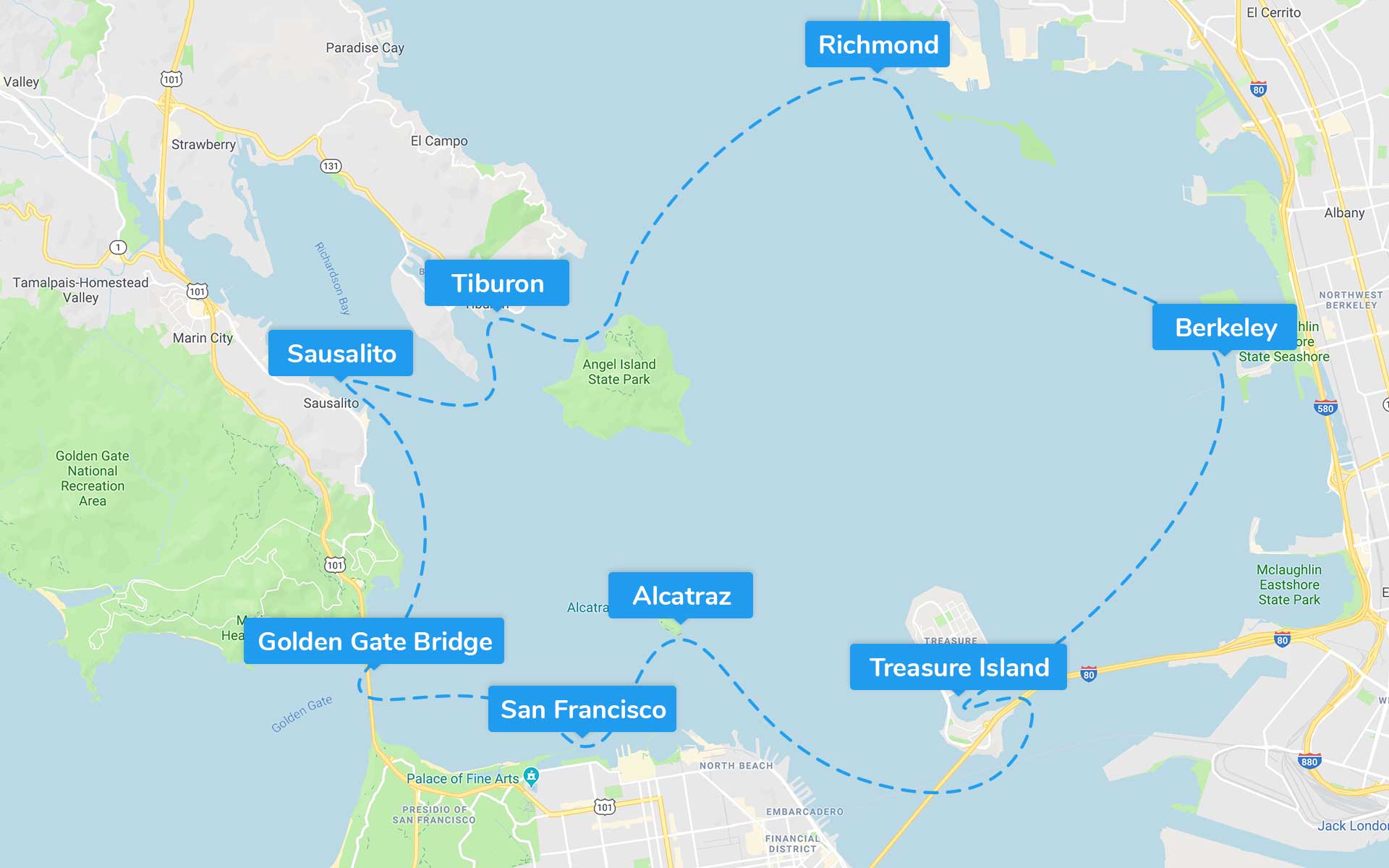 San Francisco is roughly a 45 square miles peninsula that looks like California's thumb, pointing optimistically up. Take this as a suggestion to look up: you'll see San Francisco's curved Victorian rooflines, wind-sculpted trees, and fog plunging over the Golden Gate Bridge. Heads are permanently in the clouds atop the 48 hills of San Francisco. Cable cars run around for quick access to Russian and Nob Hills, and splendid panoramas reward the sweat up to Coit Tower. Earn exciting highs on Telegraph Hill's garden-lined stairways, and windswept walks around Lands End. If there's another kind of high you're seeking in the Fog City, that can also be arranged: cannabis is legal here for 18 and over with ID, and dispensaries and delivery are at your disposal.

Nowadays, Oakland is where San Francisco's diversity and radicalism have fled to escape an immeasurable cost of living. Oaklanders are insanely proud their home holds the various ethnic scene and unapologetic left-wing government San Francisco once cherished, and they know this backdrop is endangered by million-dollar residential homes, already existing even in middle-class suburbs.Is this the end of what the Bay Area once was? We're not certain, but between the food, nightlife, and superb outdoors scene, Oakland is an outstanding example of what the Bay Area may be.

Though culturally and historically diverse, San Jose has always been in San Francisco's shadow. Founded in 1777 as El Pueblo de San José de Guadalupe, it is California's oldest Spanish settlement. Its center is small and barely used for a city of its size, though it does bustle with twenty-something clubbers on weekends. Industrial zones, high-tech IT companies, and look-alike housing developments are lounged across the city's landscape, taking over from where open spaces, ranches, and farms once separated the Bay and the neighboring hills.