Puerto Rico is an astonishing mix of Anglo and Latino, old and new, busy cities and easy island life – and an ideal getaway for exploration. Old colonial San Juan has streets of beautifully restored buildings and offers museum and cultural sights (this is the oldest corner of the US) and busy nightlife. Not far from the cities you will find coffee factories, restored Arawak towns and Arecibo, the most massive satellite dish in the world – it studied quasars and pulsars. Lastly - the beaches. Curiously, the finest are actually offshore, a boat or ferry ride away, on Puerto Rico's tiny islands, Vieques (the home of the Royal Navy in the WWII) and Culebra, which has perfect sailing options. Vieques boasts a spectacular phosphorescent lagoon. Take a dive and explore the island's teeming reefs and corals offshore, home to some of the most fertile seas in the Caribbean. 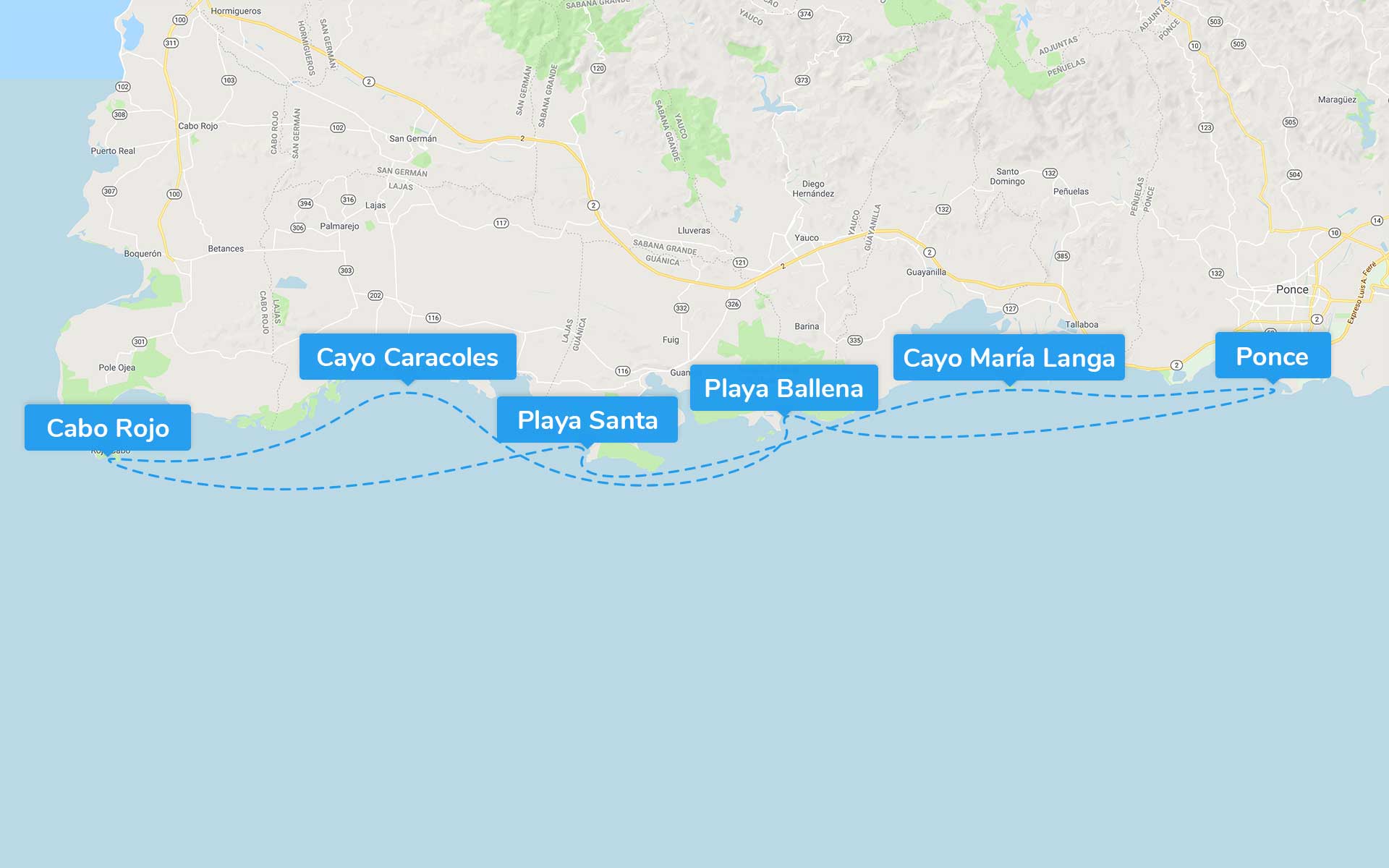 Founded in 1521, San Juan is the second-oldest European settlement in the Americas and the oldest under US authority. Settled on a tiny islet that overlooks the gateway to San Juan harbor, the old town was founded almost a century before the Mayflower laid anchor in present-day Massachusetts, and it is now a historical site that places historical authenticity with vibrating new energy.

Ponce es Ponce (Ponce is Ponce), runs a simple yet revealing Puerto Rican motto: the reason given as to why the nation's proud second city does things, well, uniquely – and in resistance of the capital. Local son and author Abelardo Díaz Alfaro went further, naming Ponce a bastion of the essential nature of Puerto Rico. Roaming around the sparkling fountains and narrow streets of the historic center indeed extract Puerto Rico's royal past. Unluckily, the neighborhoods that encircle the central square show woeful aspects of Puerto Rico's present: permanent snarls of jammed traffic, business stagnation, and cookie-cutter public sprawl.

It doesn't take a lot of digging to discover the beauty of Mayagüez. The ‘Sultan of the West' is mostly a transit point for travelers en route to the far west in Rincón. The Commonwealth's third-biggest city, after San Juan and Ponce, has not so many comparable attractions. However, there's a rich vibrancy here, mostly due to a scattering of fancy restaurants, some grand restoration projects, and a significant party-hard student population.

Plan your next journey in Puerto Rico