For most travelers, any trip to the Empire State starts and/or finishes with its iconic metropolis: New York City. However, if you restrict your travels only to NYC, you’ll forego a tremendous amount of fun. We feel both Long Island and Upstate New York are highlights not to be missed. Long Island has cozy beaches and luxurious mansions, while Upstate NY is a dream destination for those who love the great outdoors. The Hudson River valley acts as an escape route from the bright lights of the big city, leading sailors north. From Albany, the 524-miles Erie Canal cuts west to Lake Erie, passing Rochester, Buffalo, and the dramatic Niagara Falls. At the northern extreme of the state, you’ll find the Thousand Islands of the St Lawrence River, with Canada on its far shore. The Catskills and Adirondack mountains offer hiking and skiing, while the serene Finger Lakes, in the middle of the state, are surrounded by wineries. Clearly there’s more to New York than the Big Apple. 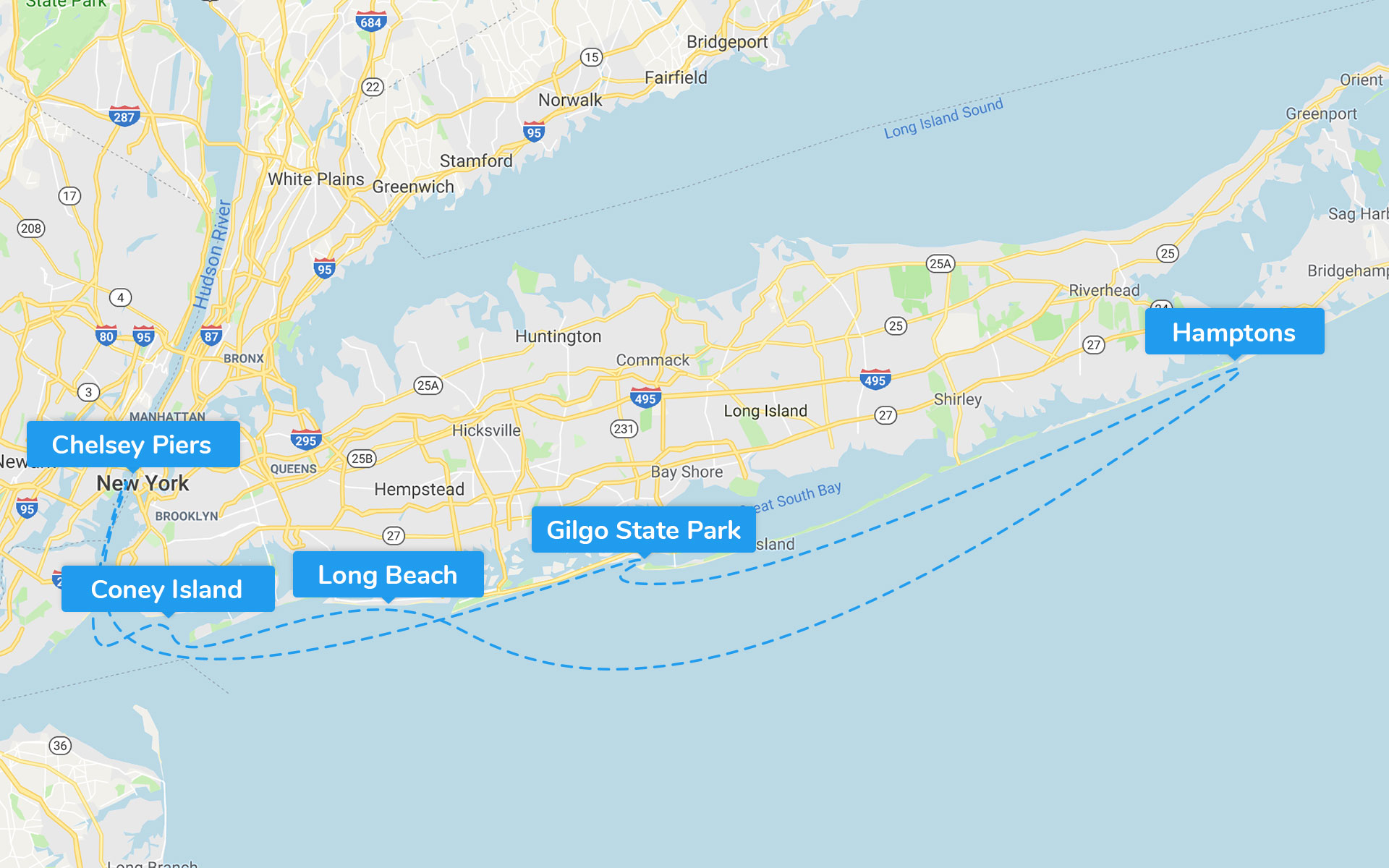 When the sun falls slowly beyond the Hudson, and glittering skyscrapers light up the night, New York transforms into one grand scene. Famous actors take to the legendary theaters of Broadway and world-class artists, dancers and musicians perform at venues large and small across town. Whether you’re looking for culture or entertainment, New York covers it all: ballet, theater, opera, stand-up comedy, modern dance and everything in between. From Michelin-starred restaurants to ubiquitous hot dog stands, NYC has something to suit everyone’s taste. And in the city that never sleeps, you can get almost anything, almost anytime. This is a city of innovative art, burlesque, jazz, indie cinema, improv comedy, poetry, and so much more. If you can dream it, you can find it in New York City.

This chain of seaside towns is a summertime retreat for Manhattan's richest, who zip to their villas by helicopter. Mere mortals take the Hampton Jitney bus down the busy Montauk Hwy and chip in on rowdy rental homes. Behind the glitz and glamour is a long cultural history, as many noted writers and artists have lived here. The Hampton’s offer great opportunities for sailing Long Island Sound and its connecting bays and inlets. For those looking to enjoy a fishing trip, a family outing, or just enjoy a day sail, you’ll find plenty of options in and around the Hamptons.

The winters in Buffalo may be long and cold, but the city stays warm with a lively creative community and fun cultural and sporting events year round. Established by the French in 1758, the city is believed to have received its name from beau fleuve (“beautiful river” in French). With energy from nearby Niagara Falls, the city grew substantially in the early 1900s; Pierce-Arrow cars were made here, and it was the first American city to have electric streetlights. Back then, Buffalo was nicknamed the Queen City because it was the biggest city along the Great Lakes. Great sailing is just one of the many advantages of its proximity to the Great Lakes. The sunsets and night skies of Lake Erie are nothing short of spectacular, and the best way to enjoy them is by renting a boat to set sail on its waters.

Plan your next journey in New York